Portfolio
Work that has been made with love ...
Info
You know what I am talking about.
Contact
I ask myself all the big questions every day.
Blog
Because we all should wonder somehow...
Mar 12, 2012 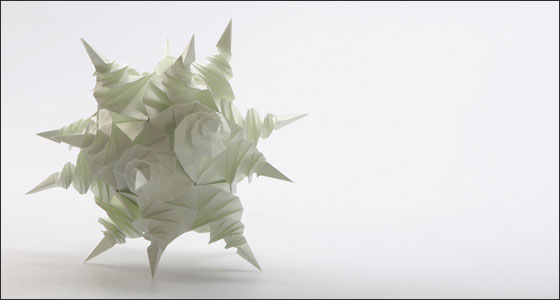 Recently I stumbled over a very interesting publisher. Actually they stumbled over me and now suddenly somehow I am spending my days in Freising where I am involved in a fantastic book project.

VIERECK VERLAG is a very small publisher. Their topic is origami and origami art. They are selling origami books from all over the world especially from Japan, as well as origami paper and everything you need to make beautiful origami artworks. Now they are about to publish their very own first book in Summer.

Origami. A whole new world to me. There is a REAL world behind one would never expect. Beyond the well known paper-ships and paper-cranes and all I didn't know that there exists something like paper-art and even industrial origami. Did you know that some origami artists develop techniques such as for space travel to fold solar sails?! Or that BMW is very much connected to industrial origami in terms of developing shapes for their new cars?

Anyways, I was asked to work with them on the first book of the VIERECK VERLAG:

Thank you for letting me be part of this spectacular project.