Portfolio
Work that has been made with love ...
Info
You know what I am talking about.
Contact
I ask myself all the big questions every day.
Blog
Because we all should wonder somehow... 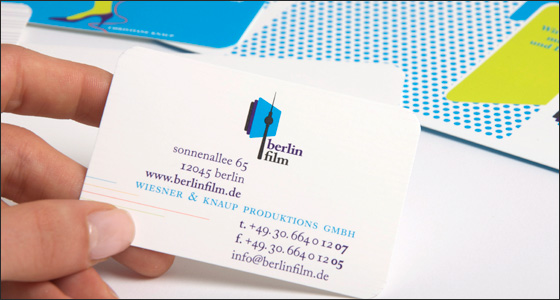 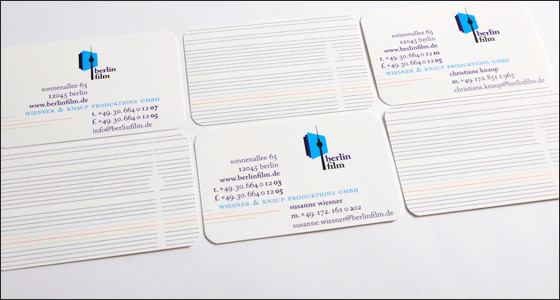 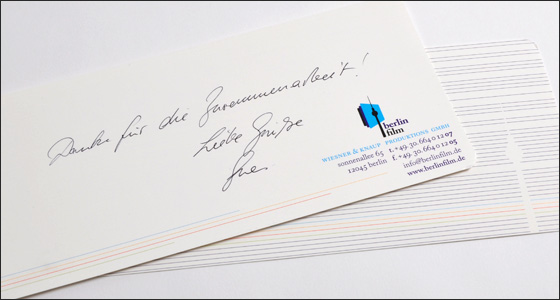 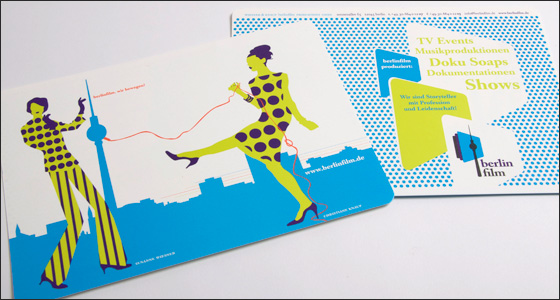 Two power women opened a new and fresh TV production company in Berlin, Germany. Clearly they asked another power woman to create their coporate identity. The brief was to be as colourful as TV. As they both love Berlin and its "Alex" (the television tower) so much I gave in. Though I had to bite the bullet to integrate such a well known symbol into the logo – with the colours and everything it turned out beautifully.

I also did a lot of pitching-paper design for them.

Such a pitty, that in the end these two power women split up to go on with their own businesses and berlinfilm is now history after their 15 minitues of fame.