Portfolio
Work that has been made with love ...
Info
You know what I am talking about.
Contact
I ask myself all the big questions every day.
Blog
Because we all should wonder somehow...
Feb 29, 2012 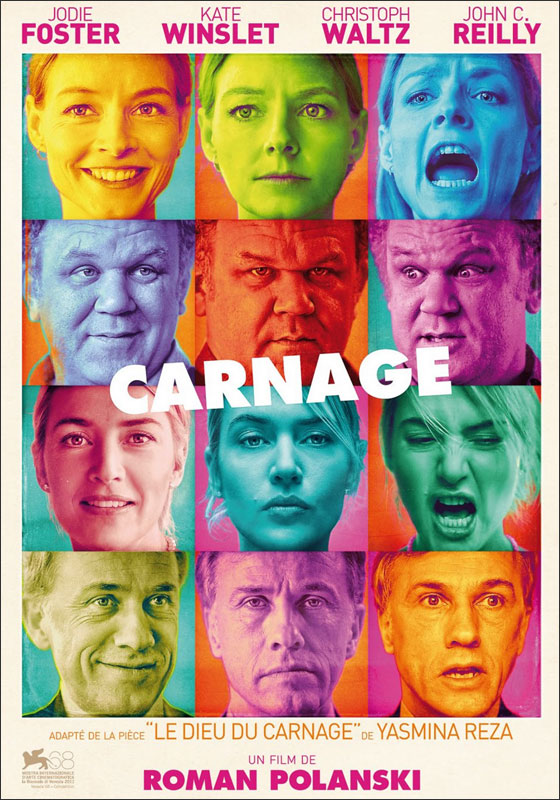 This week is last weeks screening of the film CARNAGE (Gott des Gemetzels) un film de Roman Polanski in Munich. Finaly I have to cut some late working hours to see this well-reviewed film.

I rarely had that much FUN in cinema for the last years. Roman Polanskis new film (based on a theatre play of Yasmina Reza) is the ultimate projection of our society.

The four characters (a phenomenal cast) are defined perfectly and at the time you think that this "living-room sit-in" could not get any more absurd the most unexpected twist turns this 80 minute encounter of these two couples (played by Kate Winslet, Christoph Waltz, Jodie Foster and John C. Reilly) into a pure freak show of peeling off layers and layers of social politeness.

The best chamber drama of this years cinema season I think!